How to build a Healthy Companionship After Marriage 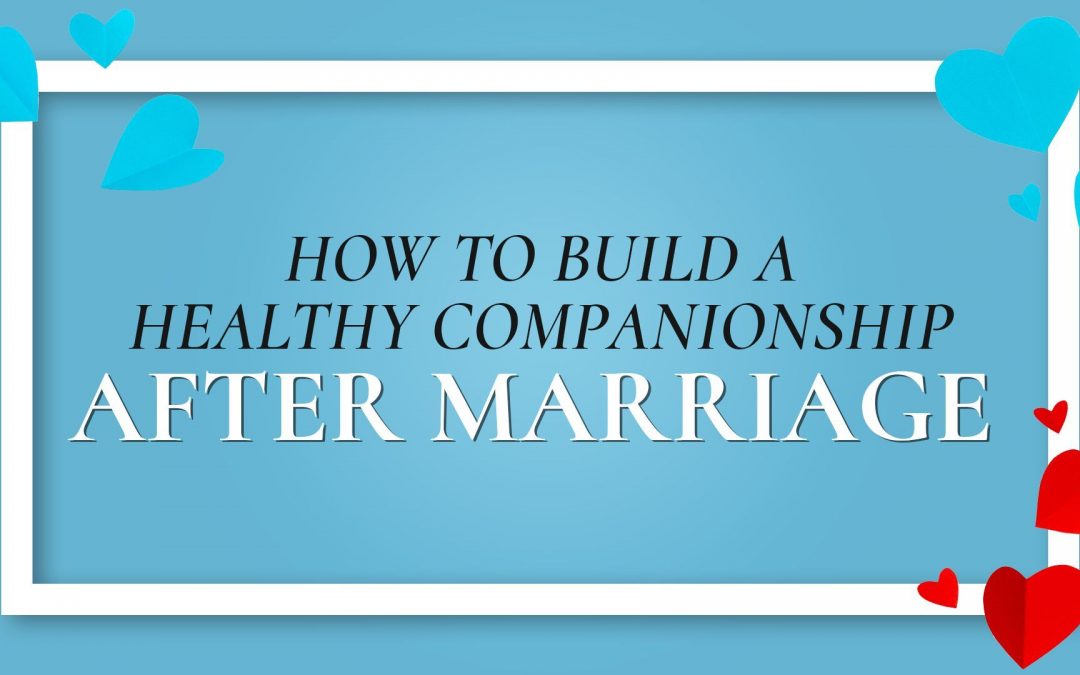 A healthy relationship between a husband and wife is not only important for themselves but also has a bigger perspective; contributing to building up a positive nation. With an institution of such importance it becomes quite significant that both the parties understand the sensitivity of its stability and strive to make it exemplary for the coming generation.

Our religion also not only advocates a healthy relation between husband and wife but also shows how to build it. Allah says in the Quran: “They (your wives) are your garment and you are a garment for them.” This is a very thought provoking ayah of the quran and gives insight into a perfect relationship between a husband and his wife. As the garment covers and protects the body so does a husband and a wife should be protecting each other. They should guard each other’s secrets and protect each other’s status and be each other’s best support through thick and thin.

For better understanding of this relationship not only for spouses but also for people looking out to marry, following points can prove helpful.

Communication is considered very important in every relationship. Similarly, if you are getting married you need to know it takes time to understand a partner who has spent all the previous years of their lives in a totally different atmosphere than that of yours. Therefore, both the parties should always give time to understand each other and don’t forget to communicate. Issues arise but the problem comes when they are not addressed properly. While staying quiet at petty matters may be a better idea but indulging into outright long silences can complicate things even more. The solution comes when one keeps communicating with each other in the best possible way.

In this context, husband and wife should also not opt for living far away from each other unless unavoidable. Distances bring up misunderstandings and family can play a role in making things easier for the couple to stay together for a healthy relationship.

William Blake’s, “A Poison Tree” conveys a beautiful message. Although the full poem is worth a read, I would here quote the starting stanza that too explains a lot in this context;

In “Pakistani rishta” system it is said that a girl is married to a whole family rather than only to one person. This brings in a lot of responsibility for someone who had not even fully taken her own self’s responsibility while at her parent’s home. Sometimes, in all the glamour that is involved in marriages in our tradition the responsibilities coming ahead are overlooked, especially on girls part. A little cooperation and understanding on the husband’s side can not only build up the morale of the newcomer but also be helpful for her to better understand the family. Family shall also play a positive role in letting the new comer settle down. Warm family attitude also helps a lot especially at the time she misses hers the most.

Third person involvement, whether it is arranged marriage, love or online rishta, is very common in Pakistani marriages as it has become a tradition for everyone to come up with advice for the newly wed to get in touch with the latest going on. Some people take an extra step ahead and start putting negative thoughts against the better half . Most of the fighting between a husband and a wife can take place because somebody says something. This is very damaging between a husband and wife relation and needs to be addressed very intelligently.

The outcome of such a situation largely depends on a spouses’ wisdom as to how well they handle the issue. Where the wife lives with the husband’s family so most likely the interference comes from there. A good idea is to leave home matters for the ladies to solve but one thing a husband can adopt as a thumb rule is never to fight his wife for a third person. Putting unnecessary weightage to his own kith and kin can bring differences between the spouses.

As muslims there is more need that we learn and practice our religion ourselves before we advocate it to others. Same is true for the husband and wife. For spouses it’s better that instead of quoting ayahs and hadith regarding their own rights just focus on those which teach you your responsibilities. Doing the opposite will only bring emotional stress and embarrassment to the better half and bring about damage in the relationship.

Last but not the least is the point of respect is a very important factor in building up a healthy relationship. Unfortunately hindu concept of in laws system still prevail in most people’s mindsets. Which not only deprives a daughter in law from many rights but husbands also consider themselves superior to their wives and do not refrain from showing it from their behavior. Always remember, humiliation breeds low self esteem and leads to creating distances between the spouses.

Being respectful applies to both of the spouses. Wife should also take care of a husband’s dignity in front of his family and friends and also treat her husband’s family with respect.

The relationship between a husband and wife is not only that of just consummating a social and religious obligation. It needs to be developed on a strong base that leads to feelings of love and respect for each other. And this only can be built ideally when both the parties make a combined effort for it to develop in the same way.