Delayed Marriage- Bliss or a Miss? 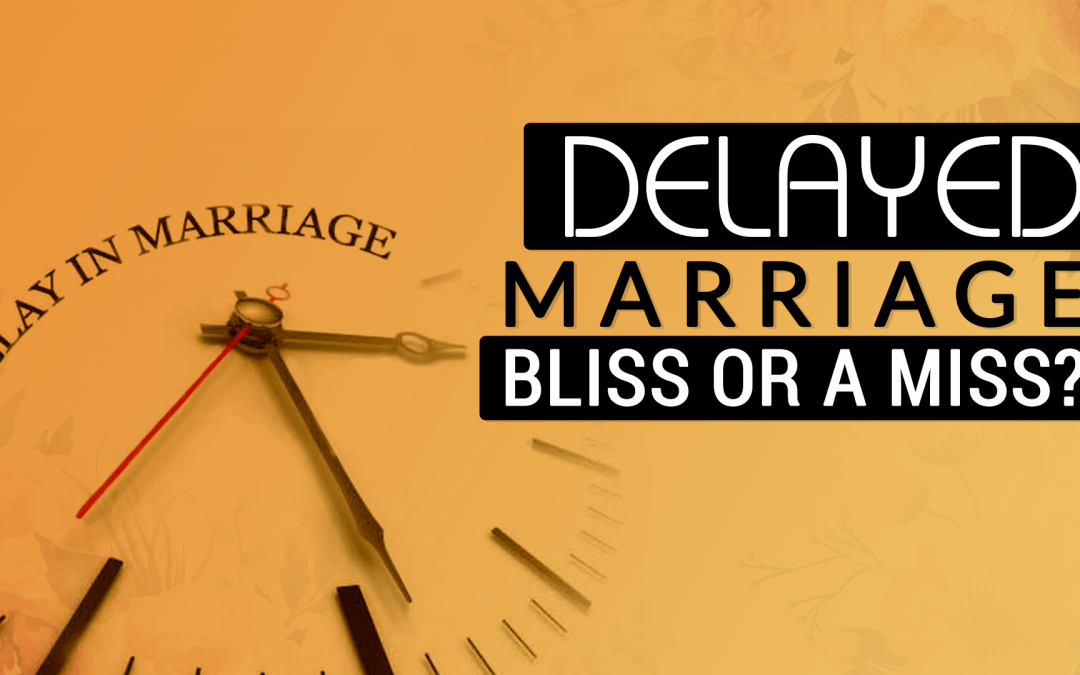 The institution of marriage is fundamental to every society and central to the concept of happiness, long-term commitment, and certainty. People have this innate need for having someone for life until death. Marriage is the best way for ensuring you have a family to stand by you through thick and thin.
Delayed marriages have become common due to social dynamics such as the growing independence of women and the shift in roles men and women are supposed to play in a family unit. In the past, the male members of the family were supposed to be the only bread earners whereas women were considered emotional architects of the family life. Single males faced immense pressure to settle down financially before the pursuit of marriage proposal whereas single females were only required to reach puberty to become eligible for marriage.
However, the new generation has decided not to take the traditional path but rather a bumpy ride which ends up as a rewarding and fulfilling experience. Today, most singles, irrespective of their gender, choose to get married later in their lives after they accomplish their personal and professional goals. Both partners know what they need as individuals and tend not to look at each other to fill emotional gaps. The only thing self-sufficient partners look for in each other is fun and companionship. People who get married in their 30s are able to understand that successful marriage requires conscious effort. By this age, they are well aware of unhealthy relationship patterns and how to avoid them. They are able to create the life they want and need no telling at all.
Getting married at mature age has its advantages and disadvantages; one of the only reasons that is left for people to prefer early marriage over late marriage is their ability to procreate in the late 30s or 40s. Another thing that often urges people to marry earlier in life is fear of depleting health and energy, and loss of zest at a later age while still having very young children. Another factor to consider in late marriages is the continuous ticking of the biological clock and having to deal with the inherent sense of responsibility of getting their children settled before departing this world.
It is difficult to say if delayed marriages are bliss or a miss as it is dependent more on finding the right person than right timings. The right time to get married is always when you find the right person even if that means waiting for your Mr. or Miss Right a little longer than preconceived perfect age for marriage.
Making some effort to find your right match is not going to be an effort in vain if you get to connect to the right platform like SimpleRishta. SimpleRishta is one of the best Online marriage bureaus that assist in finding reliable marriage proposals and Rishta Services. The confidentiality policy of SimpleRishta sets it apart from other online marriage services and matrimonial websites. Our quick Rishta services ensure the availability of all kinds of Rishta options within and outside Pakistan. Contact us by emailing info@simplerishta.com or visit our website https://simplerishta.com/ for availing matchmaking services.