Engagement ring – A trend or tradition 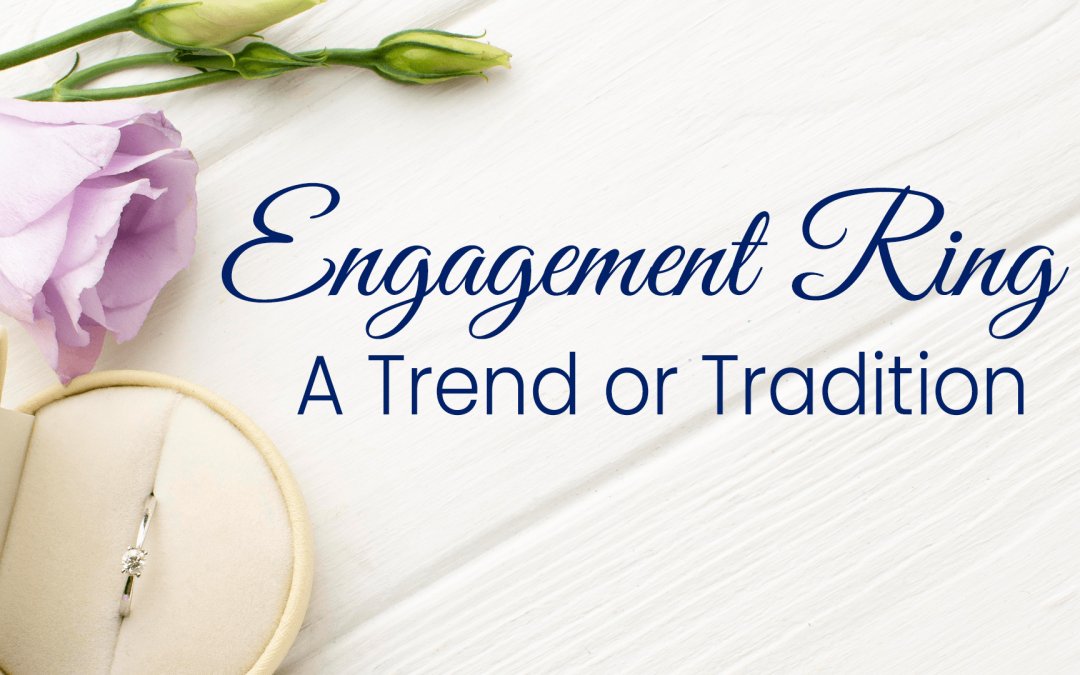 Jewelry has always been a weakness of women. Whether middle class or upper, everyday life or events, women always wear some ornaments. And when it comes to engagement or marriage it is an integral part. It is presented as a gift by a partner to their prospective spouse whether it is an arranged marriage, love or online rishta . It represents a formal agreement to future marriage. Engagement ring is more than just a piece of jewelry. It is a symbol of love today but was a mark of ownership in ancient times. It is said that the tradition of exchanging rings dates back 3,000 years. Engagement rings are believed to have originated in ancient Egypt. It was the Egyptian pharaohs who first used rings. According to their belief’s circles were a symbol of eternity. When Alexander the Great conquered the Egyptians, the Greeks adopted this tradition to represent devotion to their lovers. When Romans conquered Greece, they also picked up on this tradition. They began personalizing their rings by carving portraits of themselves into their rings.
Ancient Egyptian rings were made out of braided reeds. Romans began to use iron and copper rings. The very first diamond ring was used in 1477. But it didn’t become popular until 1947 when a British company “De Beers” mined diamonds in South Africa and launched an advertising campaign with the help of Hollywood stars. By the durability of a diamond, they conveyed the meaning in American psyche that marriage is forever and its purity and sparkle is a symbol of the depth of two people’s commitment to each other.

Diamonds are still a popular option but now brides are opting for gold and colored stones. Some couples choose Celtic designs or engraved words while others prefer their birthstones. The design or material of engagement rings have certainly changed with the passage of time but their sentimental value has steadily remained. Couples all over the world mostly wear rings on the left hand. The Romans believed that a vein called “vena amoris” or “Vein of Love” ran directly from the fourth finger of the left hand to the heart. Wearing the engagement ring on this finger symbolized the heart and the love that flowed between a married couple.

In some cultures, it is advised for men and women to wear rings on the engagement. American and European soldiers wore dual rings during World War two as a way to remember their wives back home. After this, rings for men caught on among civilians as well. Christian church promoted exchanging wedding rings as a way of keeping men faithful but in our society, the majority of men don’t wear engagement rings. It is a personal choice.

In Asian countries either it is an arranged marriage or through any Marriage bureau, the bride’s parents are responsible for hosting and paying for the entire celebration. Normally, the bride’s family buys the groom’s wedding ring, while the groom’s family brings the ring for the bride. But there are not any hard-and-fast rules as some couples highly value their individuality and independence and prefer to shop for their own rings and opt to purchase a matching set. The history of engagement rings shows that it was originally more about the woman than the man. It is just a symbol of love, devotion and affection that represents an emotional and lifetime commitment to your spouse prior to marriage.